NIMUE: Freeing Merlin is a story in three acts: the first and last concern the teenager Nina, while the middle dives into the story of Nina’s past incarnation as Nimue, a powerful sorceress. As Nimue, Nina must free Merlin, who she herself had trapped, and find the Holy Grail. In Nina, author Ayn Cates Sullivan creates a realistic and relatable character who quickly draws the reader into her quest to discover more about her past. NIMUE: Freeing Merlin well written, with strong diction and a mystical tone, as when Nimue says “I imagined moving into the circle, dancing as flames” or “I am the stars and the spaces between them. … I am the pulse of the Earth. I am the lightning made manifest.”

To discover what is true about ourselves, we often have to take a quest and undergo initiations that test us to the core. In this Celtic Heroine’s journey, a young modern-day woman, through a series of mystical events, realizes that she was a Lady of the Lake in a previous life. Believing she is a normal person just like any other, Nina has no idea of the mysteries that await her in Britain. She was, as it turns out, 5th century Nimue, the one responsible for sealing Merlin up in a tree until the hour of his return. Now, she is the only one who can find him, and the world depends on it. Traveling back in time to Ynys Witrin, the Isle of Glass, she discovers more than she ever imagined possible.

Nimue: Freeing Merlin is a stand-alone novel, and also part of the Legends of the Grail series. The books do not need to be read in order, but all of the legends and folktales interrelate. The earlier books in the series focus on Celtic Goddesses and Heroines. Like the other books in the series, there are Celtic rituals, mystical practices and visualizations for the avid reader who wishes to delve more deeply into Celtic and Arthurian mysteries. 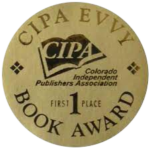 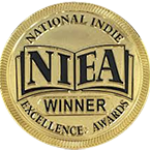 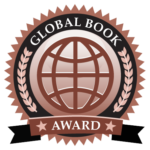 NIMUE: Freeing Merlin is a story in three acts: the first and last concern the teenager Nina, while the middle dives into the story of Nina’s past incarnation as Nimue, a powerful sorceress. As Nimue, Nina must free Merlin, who she herself had trapped, and find the Holy Grail. In Nina, author Ayn Cates Sullivan creates a realistic and relatable character who quickly draws the reader into her quest to discover more about her past… The story is also well researched, with several figures and items from legend making an appearance. Unlike legend, however, Sullivan’s retelling roots hard for girl power, focusing on strong and witty female characters. When Nina’s love interest, Owen, tries to take control of the narrative, he’s told, “Right now, we need a Heroine.” This theme continues throughout the novel, all the way to its empowering climax and Nimue’s realization of her own potential — a perfect reminder for today’s readers, especially those of the “gentler” sex, that they too have unmatched potential and agency. Along with the captivating story of NIMUE: Freeing Merlin, Sullivan has filled this book with original artwork. Her sketches feature a deliberate use of light and shadow, reflecting the novel’s motifs of dark and light, good and evil. Plus, the author provides readers with short blurbs that give more information about the characters, practices for honoring those mythological figures, and even a meditation for healing. These extra tidbits are a blessing for those who don’t want to leave the world of magic just quite yet.

NIMUE: Freeing Merlin is well written and researched and successfully flips the Arthurian tradition on its head to reveal a powerful, feminist look at the hidden potential within us all.

“Nimue: Freeing Merlin by Ayn Cates Sullivan takes a teenage girl back many lifetimes to remind her of who she had once been. Nina Liber and her mother Diana take a trip to Britain for a healing vacation. Diana wants to reconnect with her roots and to shed the years of dealing with her husband’s illness. Nina learns her boyfriend from the United States is missing and she may have a way to find him, but she must walk a path she has forgotten. At a time when Merlin held her heart, the Lady of the Lake still appeared to kings, and magic was not forgotten but was heavily relied upon. There are times Nina feels her destiny is already chosen and her freedom to choose is impossible.

From the beginning, you can feel the love Ayn Cates Sullivan has for metaphysical or supernatural fiction as she weaves it deep into her medieval novel, Nimue: Freeing Merlin. It is a chilling love story that spans centuries as her characters live many lives. Nina was once a mage, Nimue, that trapped Merlin in a hawthorn tree, but the events that led up to this point are told in a mystical and thrilling way that keeps the reader engaged and mesmerized. This novel has strong female roles that show the strength and guidance of women in an enchanting world. Overall, this novel is well written, with much study and imagination entwined. The author leaves you feeling as if you stepped back in time to a world where fairy tales and magic are just around the corner.”

A Most Wonderful Journey Into The World of Magick!

The most beautiful stories are those which move and uplift the Soul, touching it so deeply and profoundly that one cannot help but feel changed inside. This is a true gift, and Ayn Cates Sullivan is a master at creating such stories. Nimue: Freeing Merlin, is a wonderful journey in which you will be drawn into the world of Creation, Magick, Enchantment, Wisdom, and above all, Love. You will be transported into ancient Celtic lands, hearing the whispers of those who were keepers of what was and still is, Sacred to humanity. And you will become witness to a Love story between Merlin and Nimue which is boundless and eternal. Your Heart will be ever transformed. Thank you Ayn for writing this beautiful story, reminding us all of the Love, Light, and Magick we hold inside…that anything is possible.